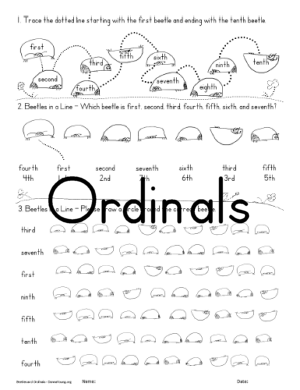 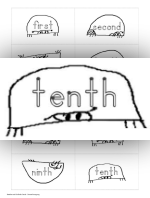 Cut the cards apart and instruct your child to trace the letters and then arrange the cards in the proper order.

Beetles in a Line 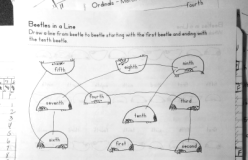 Draw a line from beetle to beetle staring with the first beetle and ending with the tenth beetle.

Draw a Line from Beetle to Beetle

Ordinals - Match the Numeral to the Word 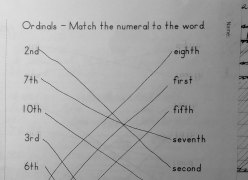 Cut the printed worksheet in half.

Ordinals - Which Beetle is First ... 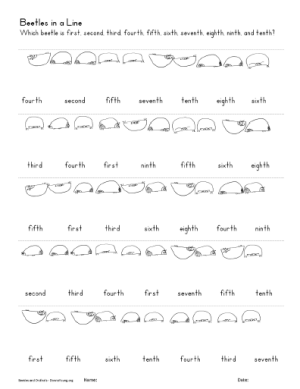