Links to the different cursive animations are at the bottom of this page.

Why I Made the Cursive Animations

I originally made the cursive animations for my children. They needed occasional reminders about how to form certain letters and with the animation, they could watch it over and over and trace it with their finger.

Lower case "f" seemed to be the hardest letter for both of them to remember how to write. You can see the problem with the letter f at this web page where I describe how to use a bound composition notebook for custom handwriting lessons.

How I Made the Cursive Animations

Later, when I made DN (resembles D'Nealian) manuscript handwriting animations, I used a different method, which might remain a secret. The DN set is more natural because the letters are written by my hand. That set, however, is reserved for subscribers.

The Letter Style of the Animations

The cursive letter animations are made using the letters that are pictured below. At this website I call this group of letters Cursive Z and any group of worksheets that are labeled Cursive Z use this style. Cursive Z is named after the popular style of Zaner-Bloser. The letters resemble Zaner-Bloser, although I can't say if the resemblance is 100%, let's just say that it isn't. You can see for yourself by looking at the images below.

The animated cursive words linked below were created to go with the Cursive D worksheets. Note: Cursive D was made with the Bob Jones University font but it appears that they no longer offer the cursive font as a download.

I've added 9 new printable graph papers. The base graph size is a centimeter. The set has 3 styles and 3 variations, hence, the 9 files. Sizes are approximate.

ZB Cursive
ZB Cursive is a new set as of 2011. Currently it is a small set with 52 lessons. The handwriting style used in the ZB Sets resemble Zaner-Bloser. 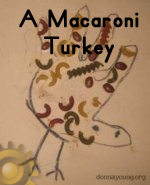