You are here: Home / S-Sheets / Bump Scores to the Next Term

Scenario:
I am a little bit confused about something as we are nearing the close of our first term. I am using the number system. Since I ignore the dates on the S sheets, the term numbers are not going to line up properly. When I begin term 2, some of our lesson plans will still be on a line labeled as term 1. I know that I can probably cut and paste the lesson plans to move them down so that they can be in the proper term, but I was wondering if there was another way.

Answer:
Lesson plans can be copied and pasted into the proper term. An easier method is to use the bump column to cause the dates to shift forward into the 2nd term.

Note these two things about the examples-
1. In the images below I have added several HIGH grades to better illustrate the effect. 2. In the current V Planners, the bump column is moved to the left side of the worksheet, but the method described below has not changed.

How to Bump Scores to the Next Term

Step One: Determine how many rows need to move into the next term. To do that, count the rows that need to move and remember the number. The rows are not actually going to move. 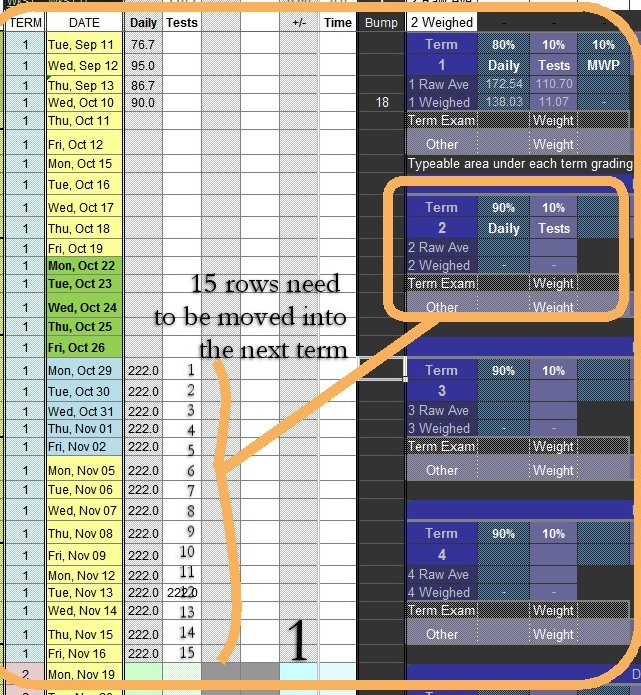 Step Three: Press enter. Look at the effect of the bumped rows. If this is the correct effect, then repeat this step in the other subjects that need to move into the next term. 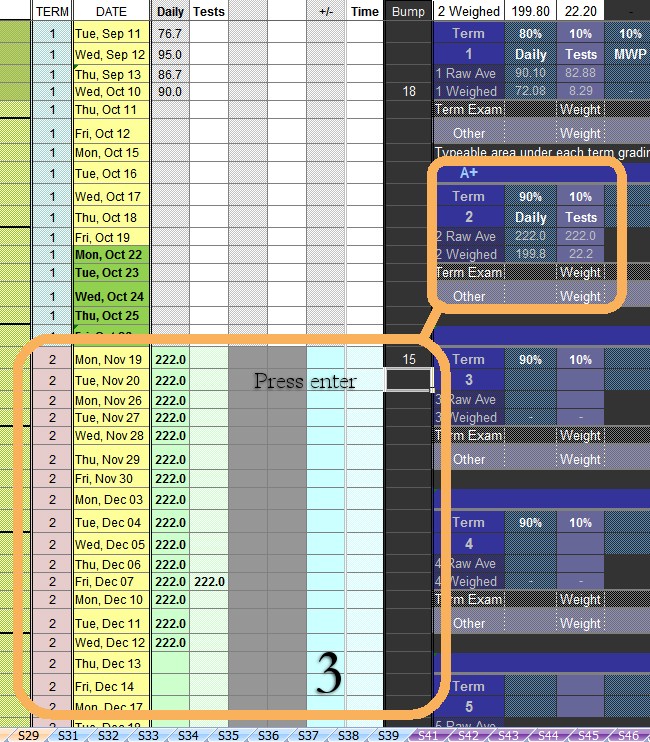