Below is a silent video on setting up G&A II. I apologize that it is silent, but I didn’t have time for a non-silent video. It is probably best viewed in full screen. Give it a few seconds to become sharp enough to see.

The file shown in this video is available from Donna Young at https://donnayoung.org/forms/planners/grades-attendance-ii.htm

The file was made with Microsoft Excel 2007 and to use it you must have a compatible spreadsheet program. 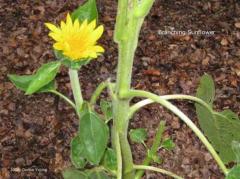 One of my three sunflowers is making a … END_OF_DOCUMENT_TOKEN_TO_BE_REPLACED