You are here: Home / Homeschool / Science / Life of a Lady Beetle

The photographs here show the life of Lady Beetles – Coleoptera: Coccinellidae. If you see any of the bugs that are pictured above and below in your trees, bushes, or plants, please do not kill them. Ladybugs are good bugs. They eat aphids. 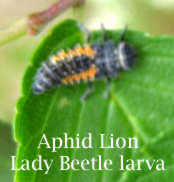 After a while, I don’t know how long, the aphid lion will start entering into the pupa stage. Don’t let these creep you out, they are going to become The Lady Beetles some day. 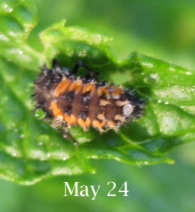 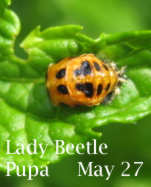 The next day I checked on the pupa again. The pupa is exposed, right on top of a mint leaf. I broke off the leaf and brought it into the house. I didn’t do this to protect it; I wanted to see it emerge and possibly record the event. I set up a card the way I usually do and taped the leaf to it. 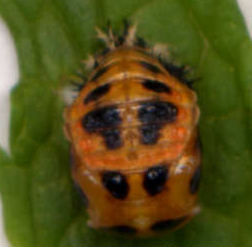 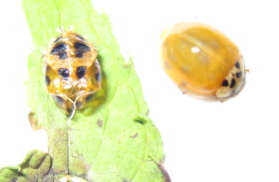 Lady Beetle a little while later 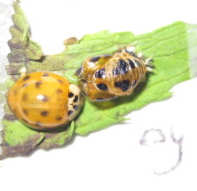 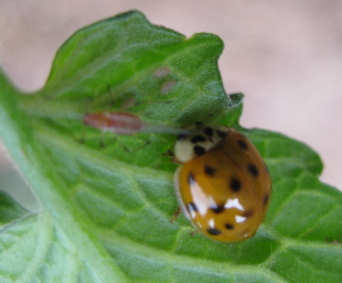 That’s all for now. I hope you enjoyed the lady beetle pictures. 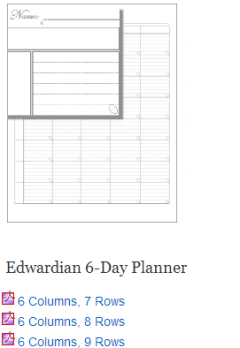 Recently I have had several requests for … END_OF_DOCUMENT_TOKEN_TO_BE_REPLACED

Is your computer slower than it used to … END_OF_DOCUMENT_TOKEN_TO_BE_REPLACED