I’m working in the handwriting > paper section of DY and I test printed a file to get the rule height. Well, it printed black. That is really a terrible thing for me to see. That last thing that I want to do is to waste your ink.

This ‘black background” on the pdf’s showed its head a few months ago on some of the handwriting files. I fixed those. I do not know why some files print with a black background, but some of my very old files do that now. I will be going through all of my old files and fix them if I can. Some might end up being different, but that might be okay.

Back to the handwriting paper. I’m working at the history related filler paper – this page – Handwriting > Paper > Filler > History Themes

I’m going to remake all of the files and they will look different. I might not offer the same sort of file – we’ll see. The ones that I am making right now will have two versions – one that is not numbered and one that is numbered in the left margin.

For now I am remaking the presidents and currently among the defective pdf’s, there are only two presidents. I’m going to try to get all of them up there, but this might end up being based on interest because I have a lot to do rather than make files that no one needs.

Below is a list of the US Presidents and a note of which ones that I have used on the new paper file. As you see here I’ve done a few at the top of the list. I’m going to skip down and do a few more.

Of the names I like the name “Calvin Coolidge” best. It’s just, I don’t know, catchy.

Oh yes, as of this moment in time, none of these new files are uploaded yet.

Edit: What’s eighty-something new files? Nothing to me. All of the president files are made, uploaded, and linked. And I suppose I will move this blog post over to the what’s new section.

Side-note: I removed the bad-printing old files that were on the https://donnayoung.org/penmanship/filler-hispaper.htm page.

Nature Journal Tabs - How to Make the … END_OF_DOCUMENT_TOKEN_TO_BE_REPLACED 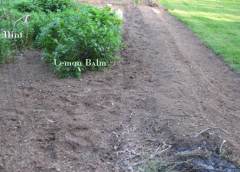 I spent a few hours on May 6th … END_OF_DOCUMENT_TOKEN_TO_BE_REPLACED 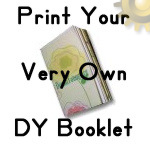