You are here: Home / Life / Garden / Vegetables / Preparing the Leek Bed and Planting

Spontaneously and without a plan, rather like the way I bought leeks to plant, I decided to plant the leeks in this spot. This spot gets a little evening shade from a large oak tree. The plant tag that was included with the leeks said that leeks need 6 hours of sunlight. They will get 6 hours or more in this spot. I hope leeks do not prefer evening sun.

Most of my garden looks like this right now. It is a mixture of freeze-proof weeds that grow in the dead of winter. They make a nice green carpet and protect the dirt from the elements. The major weed is chickweed. Chickweed is a cool weather weed with a shallow fibrous root system. The shallow root system along with it growing in the winter makes it acceptable to me as a winter garden cover. They seed themselves and they pull up easily.

In the picture below, I am rolling back the weeds and since most of the weeds are chickweed with their shallow fibrous roots, they come right up. The other weeds must be pulled.

Once I uncovered an area around 3 feet wide and 5 feet long, I began digging the bed. I dug a shovel depth and tossed the hunks of dirt toward the dug areas. I could have used my tiller, but I did not want to or need to. The ground is soft and I can do a better job with the shovel—and it is a small bed.

After I dug the entire bed, I broke apart all of the hunks of dirt and removed wild onions bulbs and other weedy items. When I was finished, I had a raised bed that was around 3 inches higher than it was when I started.

Now I stood there and thought. Trenches, how will I make them in this tiny bed? I didn’t know how close I could make the trenches without them falling in. I was hoping for 9 or 10 rows, but I could see after making the first trench that I could not have that many and I ended up with six rows.

The garden book that I have said to cut half the tops off the leeks before planting, so that is what I did. I cut the tops with the shovel. 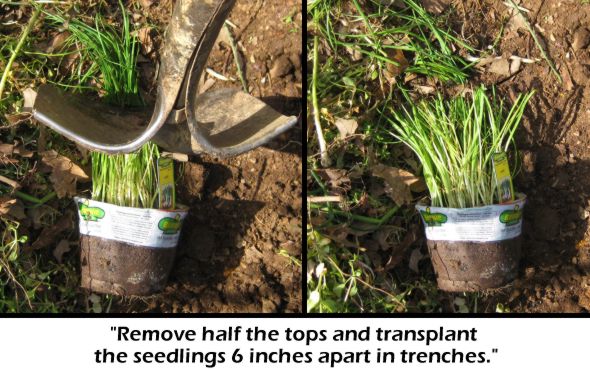 By now, I am getting a little tired. Remove the seedlings from the container and tease them apart with your fingers. Try not to break the roots and then you won’t break many. I can plant seven leeks per row and I went ahead and picked 42 leeks and set a group of seven leeks on each of the 6 planting rows. Forty-two leeks ought to be enough. That is 38 more than I buy each year, but at the store, leeks are expensive.

The roots are long so I used my hand trowel to wedge a deep enough hole for the roots. And because I hand dug the garden, and broke up the clumps by hand, the soil was easy to manage.

I gave each leek a little water and I am finished for now. In a few days, I will gather mulch from the woods to place in the trench. If I can, I will mulch the trench walls because soon, sprouted weeds will take over and it is tricky to weed steep trench walls.

This is a repeat of the recently sent … END_OF_DOCUMENT_TOKEN_TO_BE_REPLACED 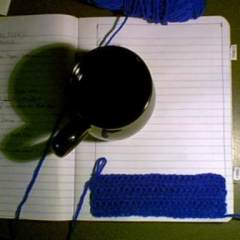 Sheri wrote in her blog about Homemade … END_OF_DOCUMENT_TOKEN_TO_BE_REPLACED