Understanding and Using the Shadow Chart

To use the chart, choose a stationary item that is outside and does not have interfering shadows to measure. We used our house. Go outside around the same time on a sunny day at least once a week and measure the shadow. Write the date and the measurement on the shadow chart. To get further value out of this exercise, teach the children to plot the measurements on a chart. 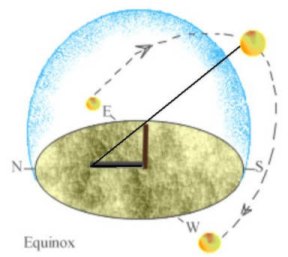 The shadow is at the halfway point between shortest and longest possible shadow from the sun. 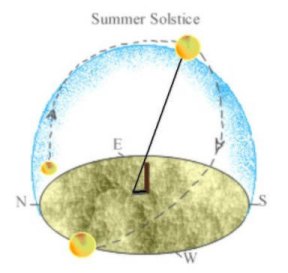 During summer solstice or the first day of summer, the sun rises north of true east and sets north of true west. The sun is over the Tropic of Cancer

Summer solstice is the longest day in the northern hemisphere.

The shadow is at its shortest. 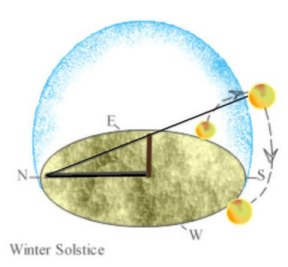 On the first day of winter or during winter solstice the sun rises south of true east and sets south of true west. This is the shortest day of the year in the northern hemisphere. The sun if over the Tropic of Capricorn.

The shadow is at its longest possible length in the northern hemisphere.

Use the shadow chart to measure the shadow of an pre-selected ever present item. This illustrates the changing tilt of the earth that causes our seasons.

Plot the measurements on a chart

Print chart, trim off right margin, hole-punch on left margin to fit 1/2 sized binder, fold the chart in half to fit the width of the other pages in the 1/2 sized binder.

NOTE: If you use the chart as you measure, then realize that if you start this project after Winter Solstice, the earliest measurements that your child gathers will be some of the longest measurements, so start adding the measurements at the top of the Measurements column.

If starting the chart after summer solstice, add the measurements to the bottom part of the Measurements column.

Additionally, if you start during one of the two equinoxes, then the measurements will be somewhere in the middle.