This page describes our haphazard "successful" attempt at the chicken mummy.

Don't drop the hen because that may break its back.

We placed our bagged hen into a very large kitty litter bucket and closed the lid.

If you have an old bottle of alcohol use that and keep the new bottle.

No bad odor detected on the first day after bagging the hen.

No bad odor detected after 180 days--

After 1000+ days-- now where did I put that mummy; I certainly can't smell where it is.

As part of our world history class we are going to make a mummy. I will write about our progress as we go.

The mummy will be made from a Cornish hen.

Day One: The salt, baking soda, freezer bags, alcohol, and the Cornish hen were purchased. Our only option was a frozen hen. We placed the hen in a small bowl and left it out to thaw.

Day Two: Rinse the hen and check for organs left in the cavity (there were no organs in our hen). Had we found organs we would have thrown them away.

Fill a gallon-sized freezer bag with water and hold it up to check it for leaks. Pour out the water and then place the hen in the freezer bag. Pour the entire bottle of alcohol into the bag over the hen. Began closing the bag pressing out as much air as you can. Lay the bag on its side on a protected surface and leave it for an hour. After the hour has passed turn the bag over and leave it for another hour. Do this again-- the hen will have soaked in the bag of alcohol for a total of 4 hours when you have finished with this phase.

Remove the hen from the bag and pour out the alcohol. Set the hen to drain in the sink. Rinse the bag and dry it (or throw it away and get a new bag).

In a large bowl and pour about 6 cups (4 pounds) of salt. Add 3 cups (2 pounds) of baking soda to the salt. Stir the mixture until it is well blended. Press out any large lumps of baking soda. Place 2 cups of the salt mixture into the gallon bag.

Day Three: If you are curious you may check on the hen. Nothing will be done today.

Day Seven: Check the hen and if the salt mixture is soaked, change it. *Note, when we checked ours, it did not need changing at this time.

Day Fourteen: The salt mixture is still good, no changing was needed. No odor detected other than a "hospital smell".

Day Twenty-eight: The salt mixture was damp (it clumped when we squeezed a handful of it) and that meant it was time to change it. We mixed up a new batch using the same proportions as mentioned in day 2.We donned rubber gloves and removed the hen from the salt mixture. With a soft worn-out toothbrush we brushed the salt from the body and from out of the body's cavity. We noticed that the hen is showing signs of drying--- darkening of the muscles and wrinkling of the skin. We poured the fresh salt mixture into the cavity (we used a funnel) and we repacked the hen in the salt mixture in a gallon sized plastic bag as described on day 2.

Day One Hundred Eighty: I know, I know... We forgot about the mummy. Holidays, then a new year, then etc, so-on, and life, and........ Just the same, the mummy is doing fine (after all this time, I'm sure it's very dry!). We took it out of its bag of salt. The salt dropped off easily and I guess that indicates that the salt mixture is still good. We put it back into its bag because we haven't yet decided what to do next.

I just realized that our chicken is headless. I don't know why I didn't think of this before. Hmm, I wonder if we should make a head for it?

Day One Thousand and Something: I still have a headless chicken mummy in a bag of salt. Now I'm thinking we should have tried the fruit mummies! :-p 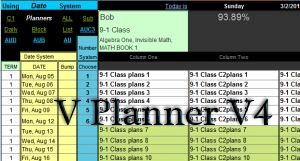