Applying weight to grades simply means that some of the work that your child does will count more than some of his other work. The reason behind weighing grades is that some work should count more because of its difficulty or its importance.

I could say that, generally, older children's grades are weighed, and this might be mostly true, or it might not be true. In our case, I started adding weight to grades in the subjects of math and science in the 6th or 7th grades. In the high school years, I weighed grades in all subjects in some form that applied to the circumstance.

Grade Weight in Parts of an Assignment or a Test

Whether the homeschool teacher makes the test or the test is from the curriculum - Usually answers that are thought out and written such as definitions, full sentence answers, and essays should always have more value than multiple-choice. The written answers take more effort and skills and they require a more distinct knowledge on the subject. Multiple-choice answers are too easy to have the same value as the written answers.

If your prepackaged curriculum uses weights or assigns a number to each section, be sure to count it as it is in the book unless it seems outrageously off (it happens). Below is a rough example of how to count the answers and obtain a score.

If the test above had no weight applied to any of parts, then the test score would have been 88%. Eighty-eight seems like a better score, but the 88% does not necessarily reflect the student's knowledge and skills as well as the weighted score of 80%.

Weighing Parts of an Assignment

This would be done in the same manner as described above.

This is a broader level of measuring achievement. In our case, overall grade weight meant that certain parts of a class had more value than other parts. An example of that is making the tests and quizzes and any special work for a class more valuable than the daily work. There might be times that daily work is not counted toward the grade at all. If you decide to use Dr. Wile's science curriculum, you will become familiar with overall grade weight and not counting daily work. I have an example of how to do that on my General Science web page. I will add it here. If you want to read this in context, the general science page is here: Exploring Creation With General Science: The Lab Book

This is an example using the scores from science lab/lab book and tests for the entire grade. The lab grades are worth 35% and the tests are worth 65% of the final grade.

How to Weigh the Grades for Dr. Wile's Science Books
from: Exploring Creation With General Science: The Lab Book

For the sake of this example, let's say that the child earned an average grade of "B-" on his lab reports for a module. Converted to a number score that might be an 82. Let's say the child scored an 85 on the test.

Ok, for one module we have an average score of 82 for the Lab Reports and a module test score of 85.

Value Scale Exercises - Learn the value range of your drawing pencils and achieve the right shading in your drawings.

We, I, have made "ruled president paper." As you might guess from the title, the paper is ruled and includes a picture of an American president. The paper is available in two styles - 1. with no numbers and 2. with numbered rule. 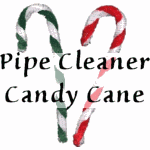