The comic on this page is one that my daughter wrote when she was a young girl. I've dissected the comic so that I could show the different panels and make comments on the parts.

The Action - Panel by Panel

Like all comics or most, the story opens with a title. The title was written simply with no decoration.

We can guess that this story is about a crane fly with the name of Crispin.

The first panel shows our hero, Crispin who has 8 legs, flying. We can tell he is flying from the action marks next to his wings. We can assume that his mood is good from the expression on his face. So that you can see his expression better, I have added a close-up of his face in the lower left side of the illustration.

The second panel shows our hero flying into a wall. We can imagine that it hurt Crispin because he said, "OW!" and a star is drawn above his head. Crispin's blacked-out eyes and open mouth also depicts his displeasure.

Despite Crispin being an unusual 8-legged crane fly, he shows an affinity with normal 6-legged crane flies as he backs up from the wall in order to fly toward it again. We see his determination in his narrowed eyes.

He flies into the wall again and this time he says, "Ouch!."

With even more determination than before, Crispin backs up for another go at the wall. We can see in his eyes that his determination to fly forward, presumably straight through the wall, has grown. He is focused on the wall and nothing but the wall.

Before Crispin has a chance to run into the wall again, an unnoticed predator snatches him from the air. It's a new hero, the adorable and perpetual hunter cat. We can safely guess that Crispin is captured by his scream, "Ahhhhhh!!" and the hunter cat's joyous, "Mwahaha!"

A sad ending for Crispin. 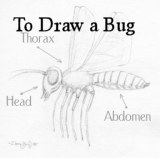 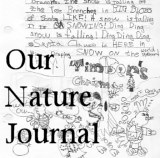 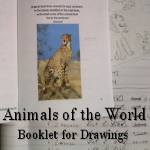 Month on a Page Household Planner

List Top is a "Month on a Page" type of calendar. It's a calendar below a 2-column list.