Adjectives & Adverbs, Can You Tell Them Apart?

When analyzing a sentence, you must be able to discern exactly which word is being modified.

Note: The and a are articles. Articles are classed as adjectives.

We will strip the sentence down to a basic sentence and then we will add the modifiers back into the sentence one at a time. In building the sentence back up, we can analyze which word is being modified.

"Trained? How so?"
The well trained dog became a companion.
Because well modifies trained, which is used as an adjective, well is an adverb.

"What kind of companion is the dog?
The well trained dog became a pleasant companion.
In this sentence, companion is a predicate noun, and in being a noun, that makes pleasant an adjective.

LIkewise "many men" and "few men" mean something different from "men"; "many" and "few" modify "men."

*Definition from College Handbook of Composition, by Wolley and Scott, revised 1931

Exploring Color Theory Rewritten to add a list of standards regarding teaching color theory for grades K-6! That certainly beats the rambling that was on the page. I've already forgotten what it said. Just don't bore me, Donna. 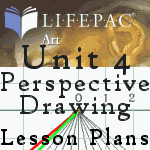