Linking Verbs - A List & is it Used as Action or Linking

Linking verbs are verbs that do not show action; instead, the linking verb renames or describes the subject.

In this example sentence, "The kitten looked happy" the verb looked is used as a linking verb. Many times the verb looked is an action verb because someone is looking for something, but in the example sentence, looked describes the kitten in the predicate and that makes looked function as a linking verb. If the word happy is used in the subject, then happy would have been an ordinary adjective.

There are more examples below and suggestions about how to tell the difference between a linking verb and an action verb. The table below lists some verbs that are commonly used as linking verbs. Remember, the words in the list are not always used as linking verbs; it is the FUNCTION of the verb in the sentence that determines its kind.

Words that may be used as Linking Verbs

Forms of to be are sometimes used as linking verbs

is
am
are
was
were
be
being
been

Many important verbs do not express action; some verbs can link a noun or an adjective to the subject. This type of verb is called a linking verb. The linking verb connection between the subject to the noun or adjective is something like an equal sign. She is tall. -- She = tall.

In grammar books the linked noun or linked adjective is sometimes called a predicate noun or a predicate adjective. Sometimes either one is called a subjective complement.

A reminder of basic sentence structure

The two diagrams below are the basic sentence structure of linking verbs.

The forms of to be can also be used as helping verbs such as in the following sentence:

Terry is looking.
In the sentence above, "is" does not function as a linking verb. "Is looking" tells what Terry is doing (the action), not what Terry is being.

Is the Verb used as Linking or Action

State of being verbs can be used as linking verbs or action verbs. We need to be able to determine the function of the verb to tell the difference. The following sentences contain verbs that are used as either linking or action verbs. I have included checking methods.

This item, the Homeschool XLS Term Dates Calculator, is an xls file that requires a spreadsheet program. With this file, go through 5 steps and on the 6th step, the calculator will return school term dates. 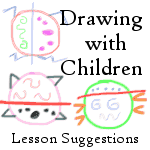 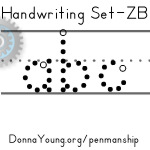