May 4th while outside looking at the different kinds of bees that were visiting the white clover in my backyard, I happened upon a cloverleaf with a cluster of bug eggs. I brought the leaf inside the house because I intended to record the hatching with my scanner. It has been a while since I've made a bug movie and I have been indirectly looking for bug eggs since last year. Two days later, the eggs hatched while I was very busy cooking dinner, but I managed to scan the eggs approximately every 45 seconds. Dinner was a little late.

Since then I have been trying to identify the bugs. At this time, I believe the bugs are spined soldier bugs: Insecta: Hemiptera: Pentatomidae, scientific name: Podisus maculiventris. I came to that conclusion based on the eggs. Just today I learned that the bug eggs that I have fit the description of spined soldier bug eggs. From what I have read about spined soldier bugs, they are predatory. They prey on caterpillars and leaf beetle larvae.

Around 40 hours later, I put the bugs under the microscope and I took a few pictures [how to do that: Digital Images & Microscopes]. It was challenging to get a decent picture of the bug because they walk very fast. After taking a few pictures, I let the bugs go outside near the place where I found the eggs. 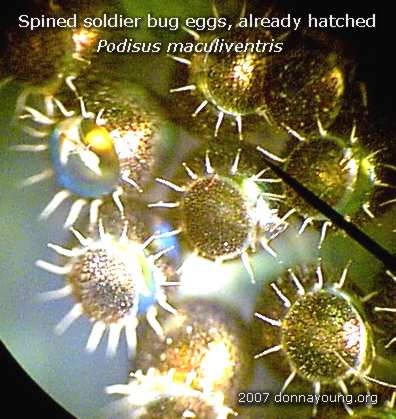 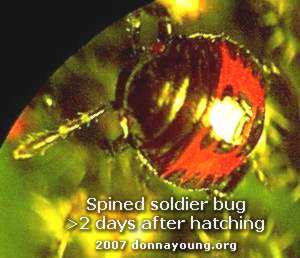 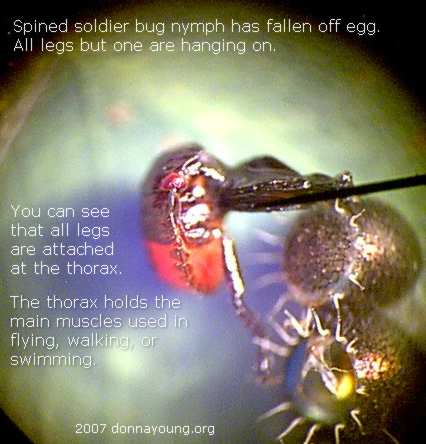 Side view of spined soldier bug

I am almost tired of researching bugs. Just yesterday, I used the microscope to look at some bugs that were on an oak leaf. Several clear caterpillars were eating the leaf and I could see two of the caterpillar's systems in operation under the microscope. An insect's heart is the rear part of a full-length vessel. I could see the vessel in the clear caterpillar and its pulsating heart. I could also see its digestive system. I took pictures, but I doubt that I will post them. That has nothing to do with the main topic of my post.

Handwriting Readiness is crazy popular. I've remade all of the files and added two more.

What does Beta Mean regarding the V Planners?

Edward Hopper - Compartment C, Car 293 - Color Theory- On each page are two color wheels with samples from the painting. The samples are placed on the color wheel to see if a color scheme was used.